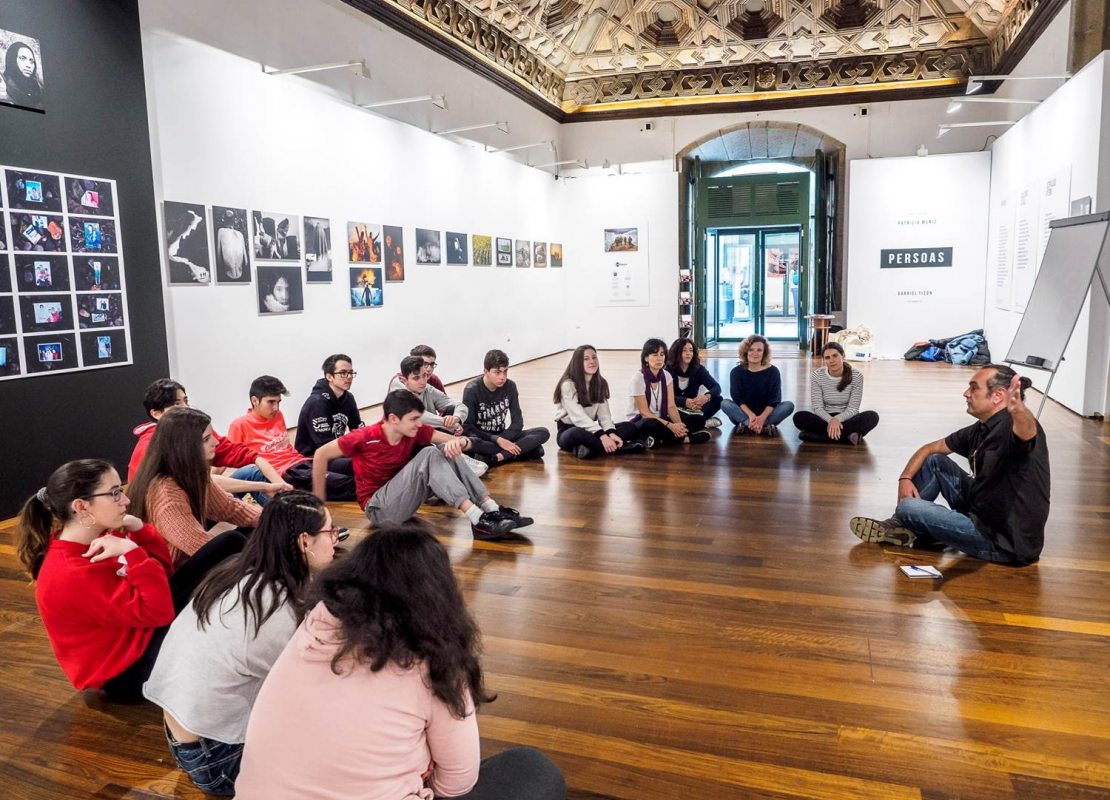 In the framework of the Integration Week organized by the USC as part of the UNINTEGRA project, a group of students of Secondary School shared with the photographer Gabriel Tizón, author, together with Patricia Muñiz, of the Exhibition People, two hours of a practical and emotional workshop. The analysis of the photography and its technique allowed the participants to get into the problem of the refugee population. The interaction between the photographer and the students led to a debate and an exchange of visions that contributed to the objective of raising awareness and call for a reflection to the younger population, sometimes unaware of a reality only seen from a distance.