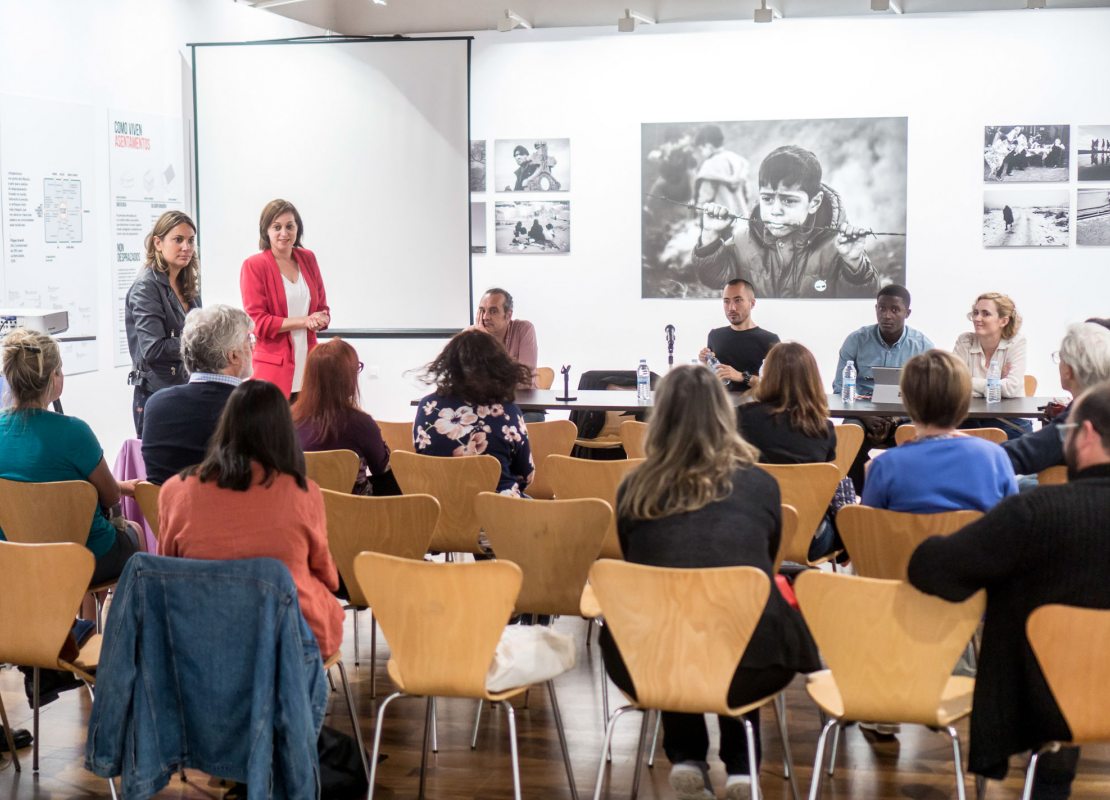 Two perspectives of the refugees’ situation, in Haiti and in Europe, were shown in the last conferences of the Integration Week organized by the USC

The 21st June, a comprehensive session, including two conferences, the screening of a documentary and a round table, were held within the facilities of the USC that host the Exhibition People. The first conference, led by Ana Isabel Martín, architect and international cooperation specialist working in Haiti and Michael Sainvil, expert in International Relations and aid worker in reconstruction organisations in the same country, presented the hard reality of the Haitian country and its people, among which there were more than one million of displaced people living in camps as a result of the earthquake occurred in 2010. Their intervention was followed by the presentation done by Jaime Alekos, independent journalist, specialized in human rights of the hardest part of the life of a group of refugees, all of them unaccompanied minors, in the border between Serbia and Hungary. The screening of his documentary The European Dream: Serbia, opened the way for a later colloquium, with the added participation of Patricia Muñiz and Gabriel Tizón, authors of the Exhibition People, where all the participants had the opportunity know first-hand the human drama of refugees because of different reasons, as a result of natural disaster and as a consequence of a political conflict or instability.